At the Bellevue Palace in Berlin, HM Sultan Haitham bin Tariq Al Said of Oman and President Frank-Walter Steinmeier of the Federal Republic of Germany held official talks. Both sides discussed regional and international issues of mutual interest during the meeting. In addition, they discussed bilateral relations and ways to enhance cooperation in a way that meets the aspirations of their friendly people. HM Sultan also met Olaf Scholz, Chancellor of the Federal Republic of Germany, at the Chancellery in Berlin. 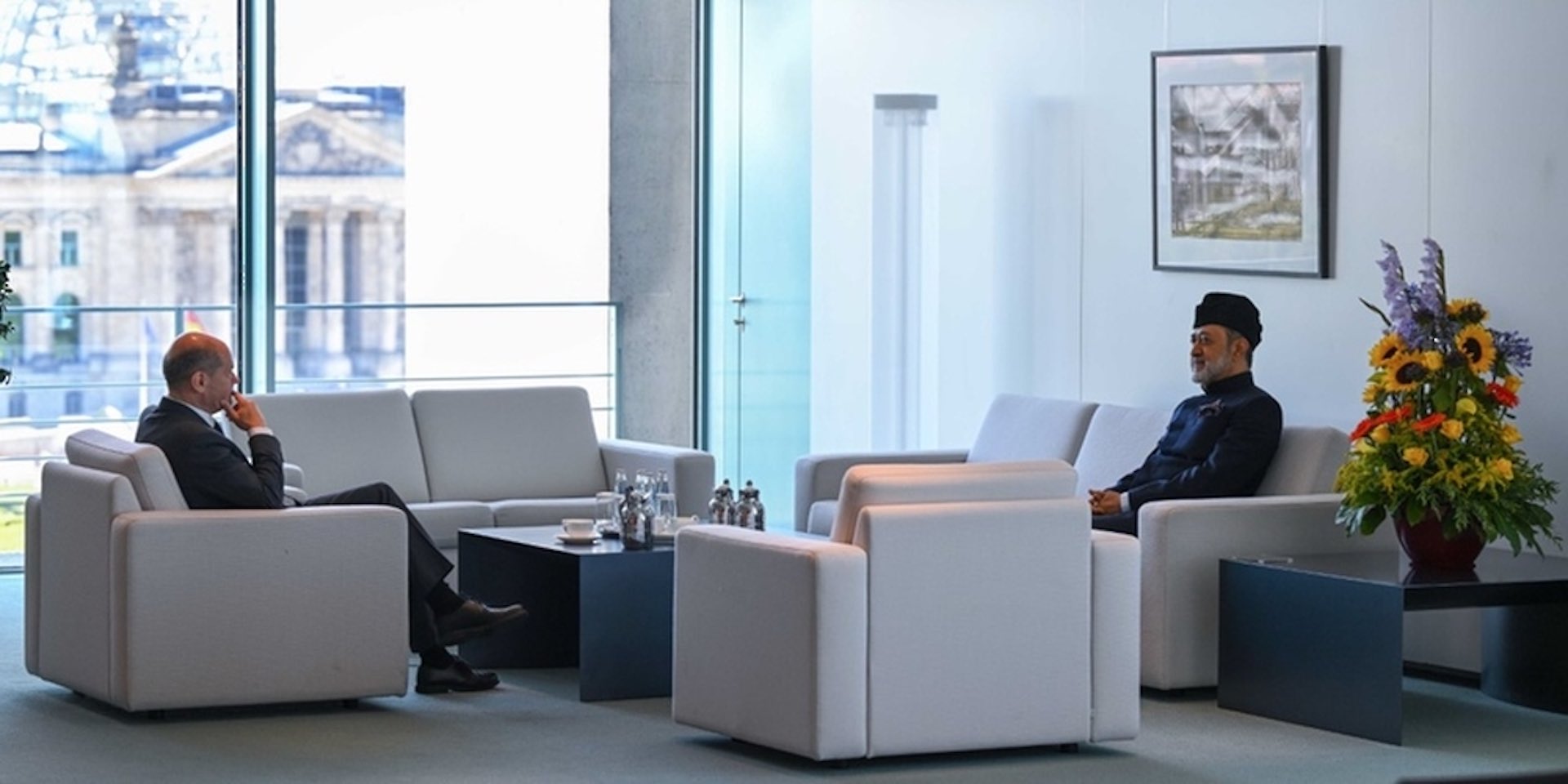 German government officials and Scholz welcomed him at the Chancellery on his arrival. As part of HM Sultan’s official visit to Germany, the German Chancellor hosted a luncheon in his honour. A review of the growing bilateral relations between the two friendly countries was conducted during a banquet hosted by His Majesty the Sultan and Scholz. In order to serve the common interests of the Omani and German peoples, they talked about ways to upgrade their existing cooperation and partnership. Additionally, they discussed regional and international developments in the context of issues of common concern.

The luncheon was also attended by Steffen Hebestreit, State Secretary, Dr. Jorg Kukies, State Secretary, Janet Schoenberger, Head of the Private Office of the German Chancellor, and Thomas Schneider, Ambassador of the Federal Republic of Germany to the Sultanate of Oman, among other officials.